Synchronicity: When an unnoticed occurrence begins to manifest within the backdrop of your day-to-day. You become conscious of the trend - hanging in the blind spot - only discerned through a series of vaguely causal chains. And then suddenly... it is everywhere.

Graffiti art in Ottawa is the ruffled feather of a beautiful bird, semi-migratory and ethically hawkish. It can be at times intelligible, intolerable, unconventional, profitable, political, and for those who take to the streets with running shoes and aerosol cans, liberating.

Who are these composers, writers, vandals? They leave teardrops and halos, horns and crosses. They sign their names in an indecipherable fashion to the untrained eye. They run with cliques so influence, geography, and prestige can be flaunted.

At all hours traversing this town, seeking out shadows and fresh canvas. The usual places are known to all, spots are first come, first serve, and generally recyclable. Most are part of groups sharing tags, territory, and often personal ties.

They start young, having grown up in local burrows watching construction and gentrification redefine municipal lines. There is a formative drive to see their name, their art, up on the Ottawa forum. Many who start tagging are a part of, or have friends who are involved with, the hip hop community. The music, dancing, drugs, and rhetoric highlight anti-authoritarian motives, but unpermitted street art can be about more than defacement.

Breaking the rules is frequently inherent when starting out, though Ottawa does host several open spaces (Tech Wall and the infamous HOP). Even here, a certain code-of-conduct is instructed via interaction. Unspoken, there is no rule book for tagging, but respect plays an integral role. Don’t paint over what you can’t improve; and don’t get caught.

All real estate follows a central rule. Location. Ottawa offers much in terms of architecture and unique (if not bizarre) district planning. Yet the dismal lacklustre of dirty concrete echoes the sentiment that even the grimiest canvas could look better splayed out and bespattered. Artists aforementioned claim that their initiation came by dropping their autograph anonymously among their communities and daily stomping grounds. A form of community expression, many spectators would agree it improves the scenery.

Prestige comes with productivity and skill, with renown given for their reach, upkeep, and area saturation. Though first attempts seem heinously manufactured, eventually each writer discovers a voice, sometimes even their own. Note: Emulation is flirtatious, but imitation can be rejected despite naive intention.

A seasoned artist will eventually find themselves settling for a font or iconography over longer periods of time. Rehearsal develops signatures, habits that others can recognize no matter the authorial experimentation. With practice and access to preferred caps/paint, truly resplendent pieces have graced this city in hidden corners, forgotten by urbanity and artist alike. Masterpieces charming masses; no love for the AKA.

As a matter of course, independent business owners and locals in-the-know have begun to identify the value of such capabilities. Artisans who have done nothing but pay for the privilege of paint, are now bought out to plaster beauty. Painters can find themselves offered lucrative contracts to proffer their work with the community. The projects are large-scale and regularly undervalued, but it serves to melt the puzzle-piece outline that envelopes so many turn-over locations.

In the same breath, the city will offer substantial remuneration to pre-certified artists for “public works”. A mural doled out on tax monies in the support of marginalized groups is recouped from $600 tickets given to people spending their below-LICO paychecks on spray paint and fines.

Not all graffiti is community driven. Recollections are blemished by indignant curses, slurs, and grossly misconstrued genitalia. Unfortunately, in recent memory this includes instances of fear-mongering, racial degradation, and hate speech.

Graffiti is a public echo, which re-beats the triggered pulse of the community. It carries political weight, whether intentional or not. Our society demands accountability for incitement towards hate, but can often seek to destroy the means of communication in the process. These phlegms of rage do not reflect who we are, nor the ones who deal in premeditated visions.

This medium has prevailed for millennia due to the passion of cast-aside individuals who risk livelihood, and at times, freedom to offer the rest of us emotions too big for canvas. They who are chased down, tackled, charged, pilloried, and punished for the tenacity to share their talents. Their work rarely lasts longer than that first snowfall, and the only glory that can be reveled in belongs to a pseudonym and the city to which it belongs. For those who notice their shifting backdrop, respect is a small recompense.

// images by Bust It Away Photography 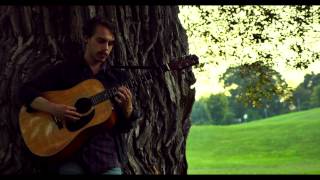 A Tale of Two Houses